There have been over forty animated Peanuts TV specials, and five feature films. There’s a timeless quality to these tales of precocious youngsters. Their lives, activities, pains, and pleasures — baseball games, flying kites, pulling pranks, fitting in — have rarely deviated from what children deal with even today. Snoopy Come Home maintains the themes of the comic, but it pushes them farther than they ever went before.

This is the second animated Peanuts feature, written by Charles Schulz and directed by Bill Melendez. As the title says, the focus is on Charlie Brown’s independent, imaginative, attention-loving beagle, but instead of playing vulture or chasing the Red Baron, he gets trapped at the peak of what amounts to a symbolic love triangle. 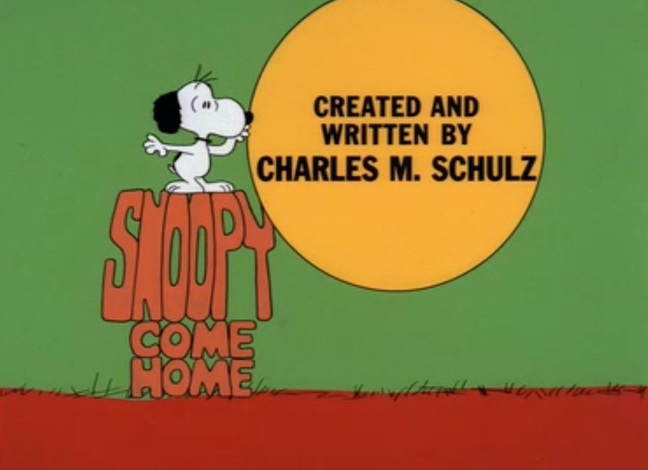 There are tensions in the Peanuts neighborhood. Snoopy’s been spending too much time away from home, fighting with the Van Pelt kids, and standing up his play dates. NO DOGS ALLOWED signs are cropping up at his favorite haunts, and even that round-headed kid is pounding him with lectures. It seems as though he just doesn’t belong anymore. 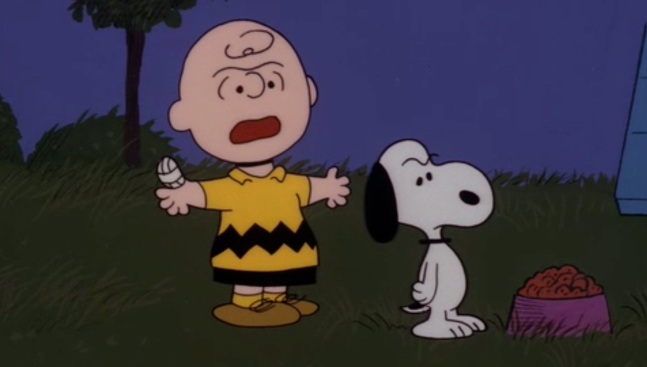 So when a letter from a mysterious girl named Lila arrives, which spurs Snoopy on an impromptu road trip, everyone feels responsible.

It turns out that Lila is Snoopy’s original owner, who, for some reason, had to give up her puppy when her family moved. She returned him to the Daisy Hill Puppy Farm, where Charlie Brown’s parents later discovered him. 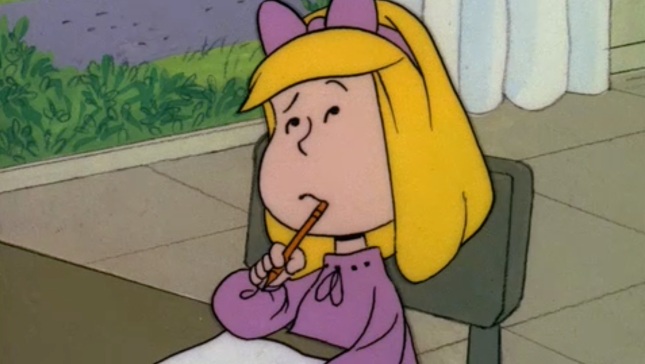 Now Lila is sick with an unnamed, but  serious disease, and misses her pup terribly. Snoopy and his bud Woodstock try to use mass transit to reach her, but NO DOGS ALLOWED signs stymie them, so they have to make the trip through unfamiliar towns and wilderness on foot. They travel a mighty long distance together, bonding, joking, and generally dealing with the rustic life. On one occasion, however, their adventure, and their lives, are put in serious jeopardy.

Having gone without human companionship, Snoopy is pleased to spot Clara, a gal playing in the sand outside her house. He runs up and greets her, but she seizes him, kidnaps him, and attempts to forcibly adopt him.

Clara is more or less a relative of Tiny Toons’s Elmyra, with no awareness or empathy for an animal’s feelings. She gives Snoopy a flea bath, repeatedly dunking him underwater. She ties a hefty rope around his neck and yanks him around. She dresses him in hideous clothes for a tea party. Then, when she spills her tea on him, she blames Snoopy, and gives him a spanking.

It must be noted that Linda Ercoli, the voice actress for Clara, is amazing. At only thirteen years old, she gives Clara an impressive range of emotions, from giddiness to rage, and she’s always  horrifying. She even sings a very complicated patter song with aplomb and perfect rhythm.

After a crazy and intense chase, our wayward heroes make their escape, perhaps having learned something about dealing with strangers.

Meanwhile, Charlie Brown is haggard with worry. His friends reach out and provide advice to help him accept that Snoopy is likely gone for good, but nothing works.

When Snoopy finally reaches his old friend, he has to make a tremendous decision. Lila feels so much better with her doggy around that she begs him to come back to her. It is here that Melendez’s direction best demonstrates its wisdom. Melendez understood that Snoopy’s comic strip thought-bubbles wouldn’t work in a film, so he instructed  his animators to pour their efforts into the pup’s physical expression. He may be a simple-looking cartoon character, but the agony Snoopy displays at Lila’s request is truly heartbreaking.

What follows is a series of shockingly painful scenes, restrained only with a stingy sprinkle of humor. There are tearful, even maudlin, partings, and a haunting portrait of real depression as Charlie Brown is unable to eat or sleep in the absence of his dear friend. The sequence plays to a wistful lament called “It Changes,” which, while written with innocent and childlike language, will likely never be understood by any but the most scarred of children.

Speaking of music, one will notice that Vince Guaraldi’s jazzy piano themes are missing from this film. You won’t even hear the iconic “Linus and Lucy” anywhere in it. The score is by Richard and Robert Sherman, who also worked on Disney’s The Jungle Book and Hanna-Barbera’s Charlotte’s Web. Their work here swerves from pleasant and dark, just like the film itself.

Snoopy Come Home baffled most critics, and even Roger Ebert described it as “schizoid.” I agree that it vacillates from one emotional extreme to the other, but I don’t know if that damages the film in any way. Peanuts has always been tinged with anxiety, and I believe that’s part of its endearing nature. I don’t believe it would continue to be printed in today’s comics if Schulz hadn’t dared to mix his own insecurities and doubts into the minds of his cute little characters. I think this movie is quite an achievement, even if it would never play well with today’s audiences, who expect shiny computer animation instead of the exquisite hand-drawn work shown here.