Here are a few pics I drew for the heck of it. 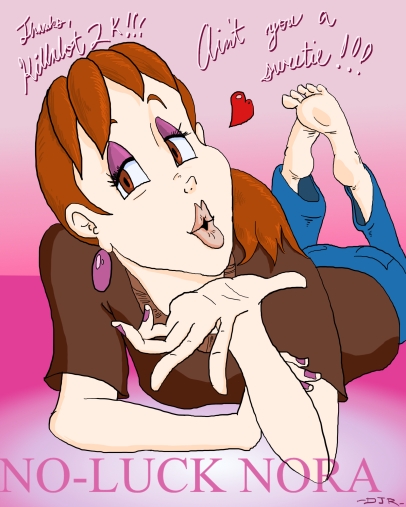 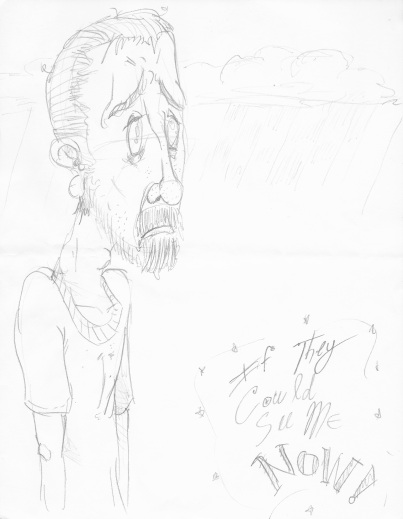 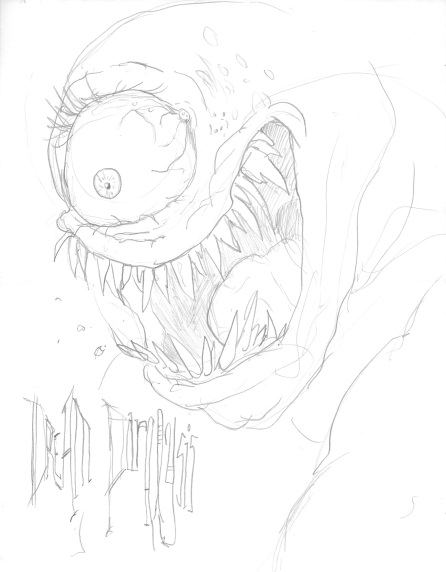 Today I thought I’d share some of the portraits I’ve been drawing of my growing league of cartoon stars. 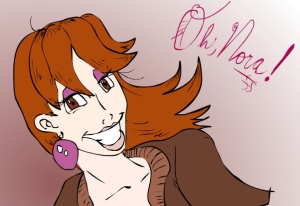 No-Luck Nora: She might be lazy (and she pays the price for it), but Nora’s really just an unlucky sweetheart who’s thankfully tough enough to squeak through the most ticklish of situations.

Teeva: A creation of Sir Bombers at DeviantArt, Teeva is the princess of the planet Podaria, whose inhabitants worship feet. She can be as mischievous as she is mysterious, though, so who knows where she’s going to turn up next?

Beckers: Pysch student by day, club hopper by night, Beckers drags her squad of clueless cronies from hotspot to hotspot in search of the perfect party. Unfortunately, things never go quite according to plan, and poor Beckers winds up at the center of attention for all the wrong reasons.

Penelope Pitstop: The star of Hanna-Barbera’s Wacky Races, Penelope is in perpetual peril thanks to that villain of villains, the Hooded Claw. Though she has a group of guardian angels, she usually has to save the day herself. You’ll be hearing more about my plans for Miss Pitstop soon.

Yeah, there’s already a book called The Animation Book,  but you don’t want that one. HERE’S the one you want: 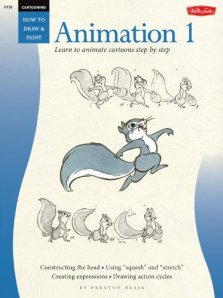 This book, written by the great Preston Blair and recommended by the even greater John Kricfalusi, is the foundation that every animator should build on. Too many modern cartoons have lost the art of performance, that joie d’vivre that personified the Golden Age of animation. Remember how Bugs Bunny, Daffy Duck, and Foghorn Leghorn swung their arms around, waved their hands, opened their mouths real big, and generally behaved like carnival barkers? I love that stuff. I think it’s a joy to watch. This book will teach you how to create that kind of movement. You’ll find it’s not as hard as you think to fill your characters with life. They don’t just have to stand around jawing and blinking, and occasionally making cookie cutter motions, like they do in Family Guy.

Nope, if you want to learn how to animate, this book is the real deal. It’s what I used to teach myself real animation, not this tweening stuff that you see in Teen Titans Go! and Johnny Test nowadays. Perhaps the single most useful concept this book taught me was the “Line of Action.” Every movement a character makes is based on a single line, which is drawn before any other part of the character. All the other parts of the character should be constructed to follow this line. The line can be simple and rigid, or as twisted as a curly fry, it all depends on the effect you’re trying to create. Using this technique not only simplified my animation process, it made it fun.

What I’m trying to say is: if you want to animate, buy this book. It’s not expensive, and it’s got so much precious knowledge inside it. With this book, and some practice, you’ll find that you’ll be able to animate just about anything. No joke.